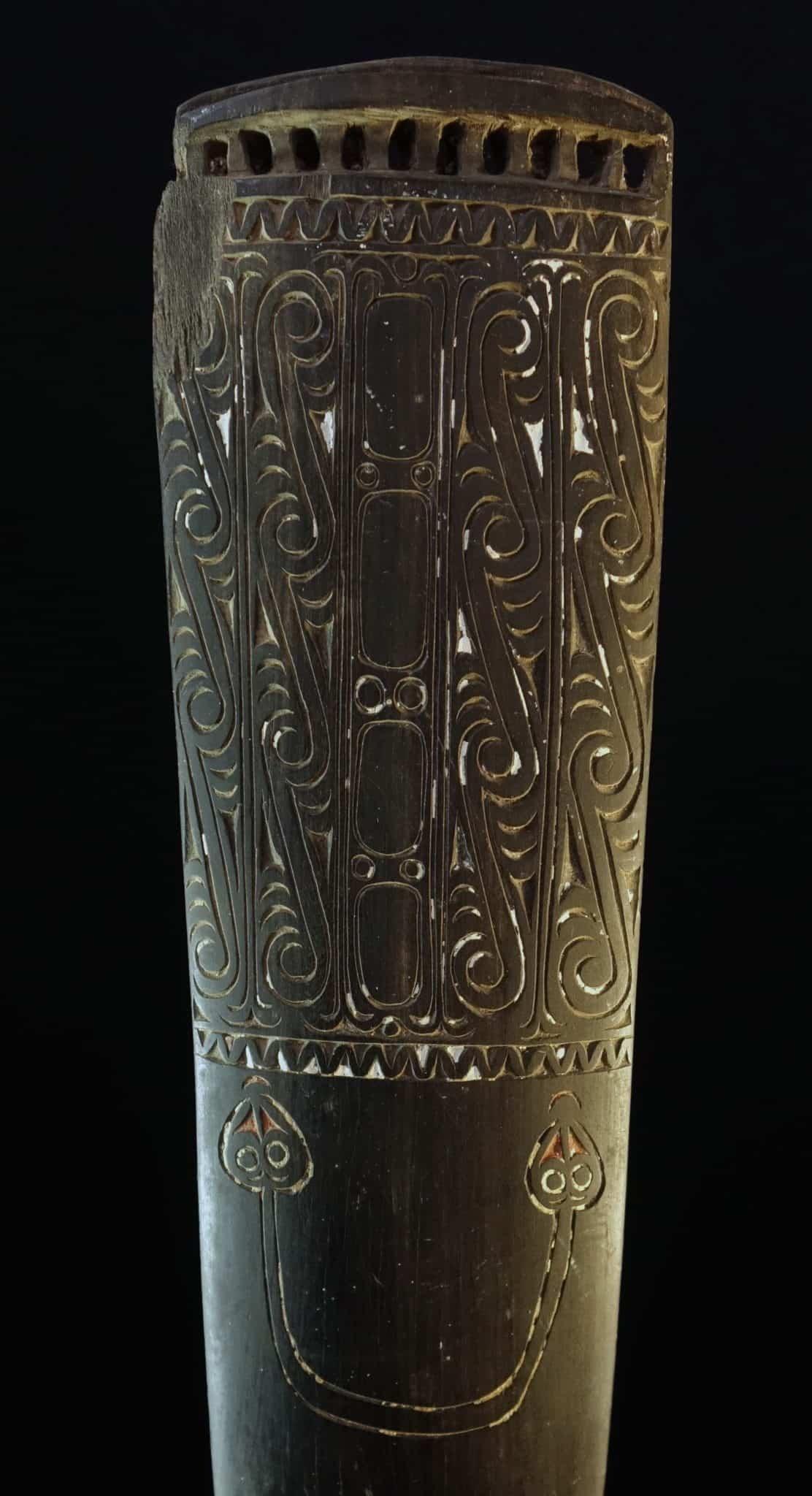 Description: This early 20th-century dance club is more three dimensional than most. The club has four snake motifs with remnants of orange ochre. Both the snake motif and orange ochre are found on only very early used material.  Massim clubs are far from rare but great ones like this example are few and far between.

Damage: Slight loss to the top back side. Damage to this style of club is to be expected as they together during the ceremonial dance. Hairline cracks on the handle.

Back to Tribal Art Gallery 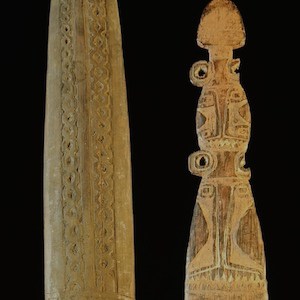 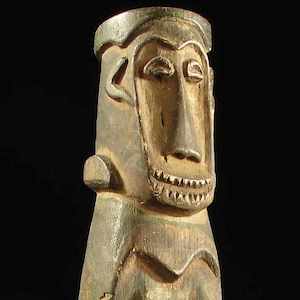 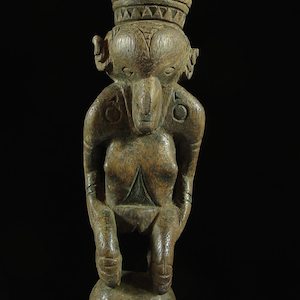 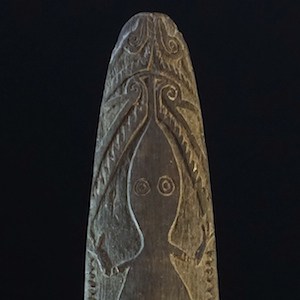 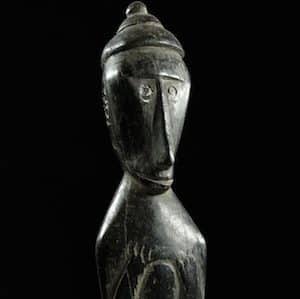 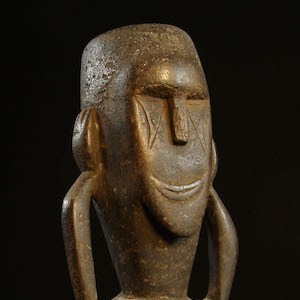 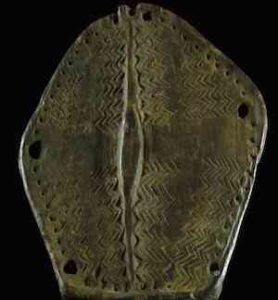 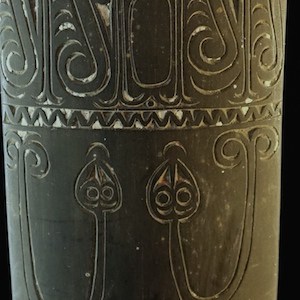 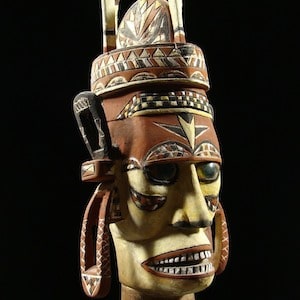 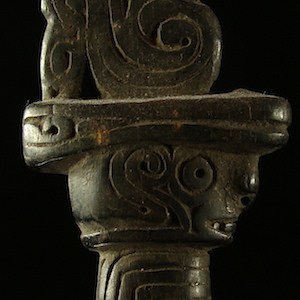 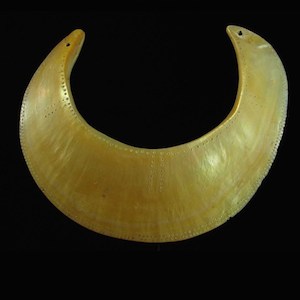 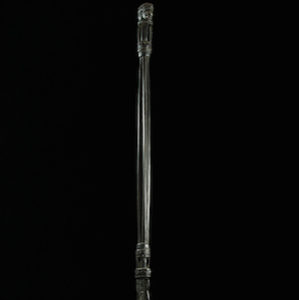 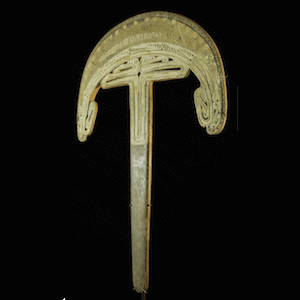 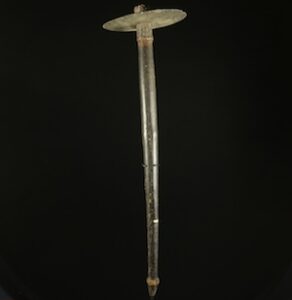 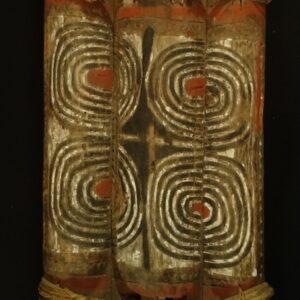