Traditional Art from Micronesia is quite rare. Although Micronesia Art is one of the three major art areas of the Pacific it had a very low population living on low-lying coral atolls.

Micronesia is 8 million square kilometers of sea with 2500 islands and located in the north Pacific Ocean, between Hawaii and Japan

There is not one distinctive Micronesian Art style. Different islands had different art forms. In general, though Micronesian art tends high quality and has an almost Japanese aesthetic. 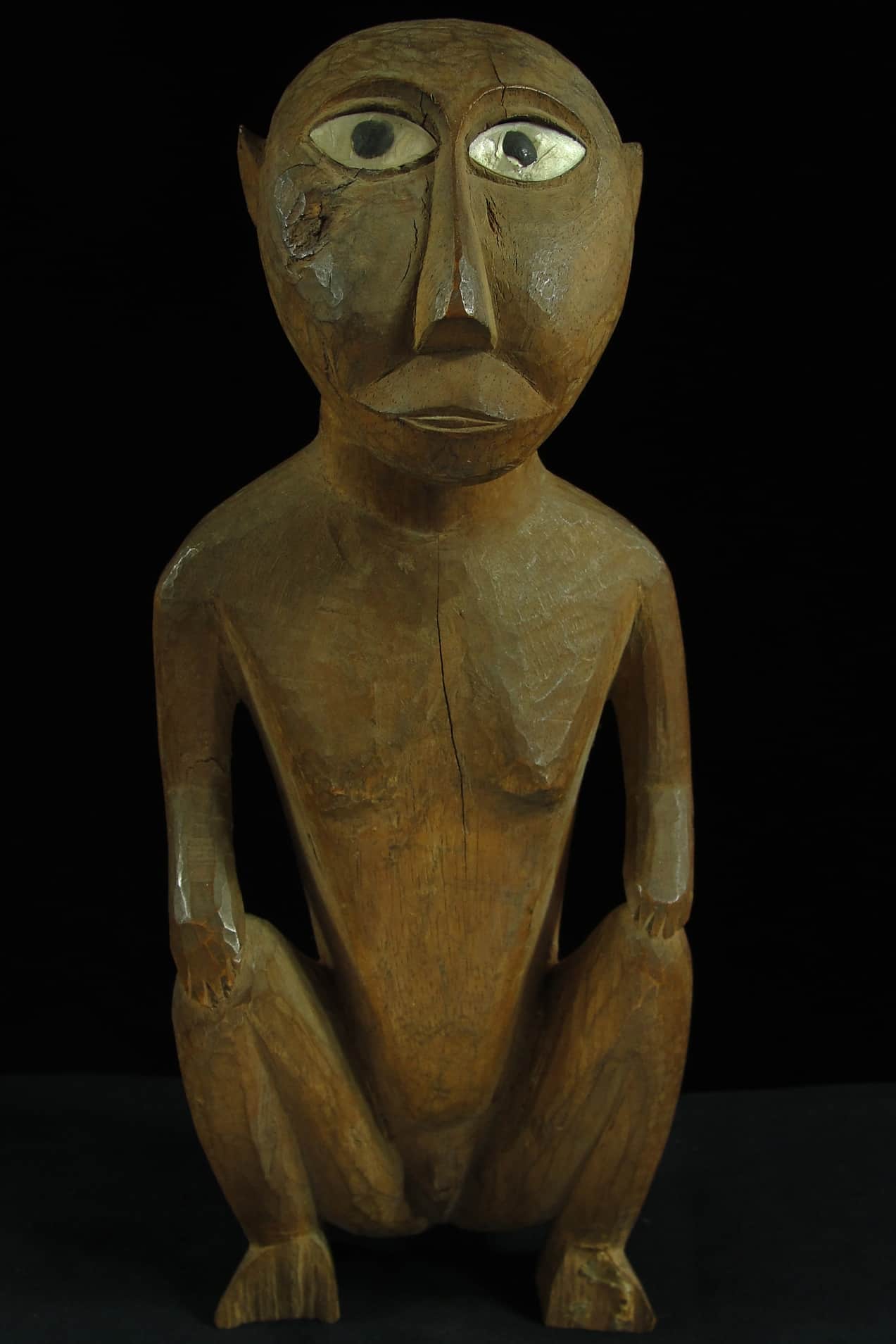 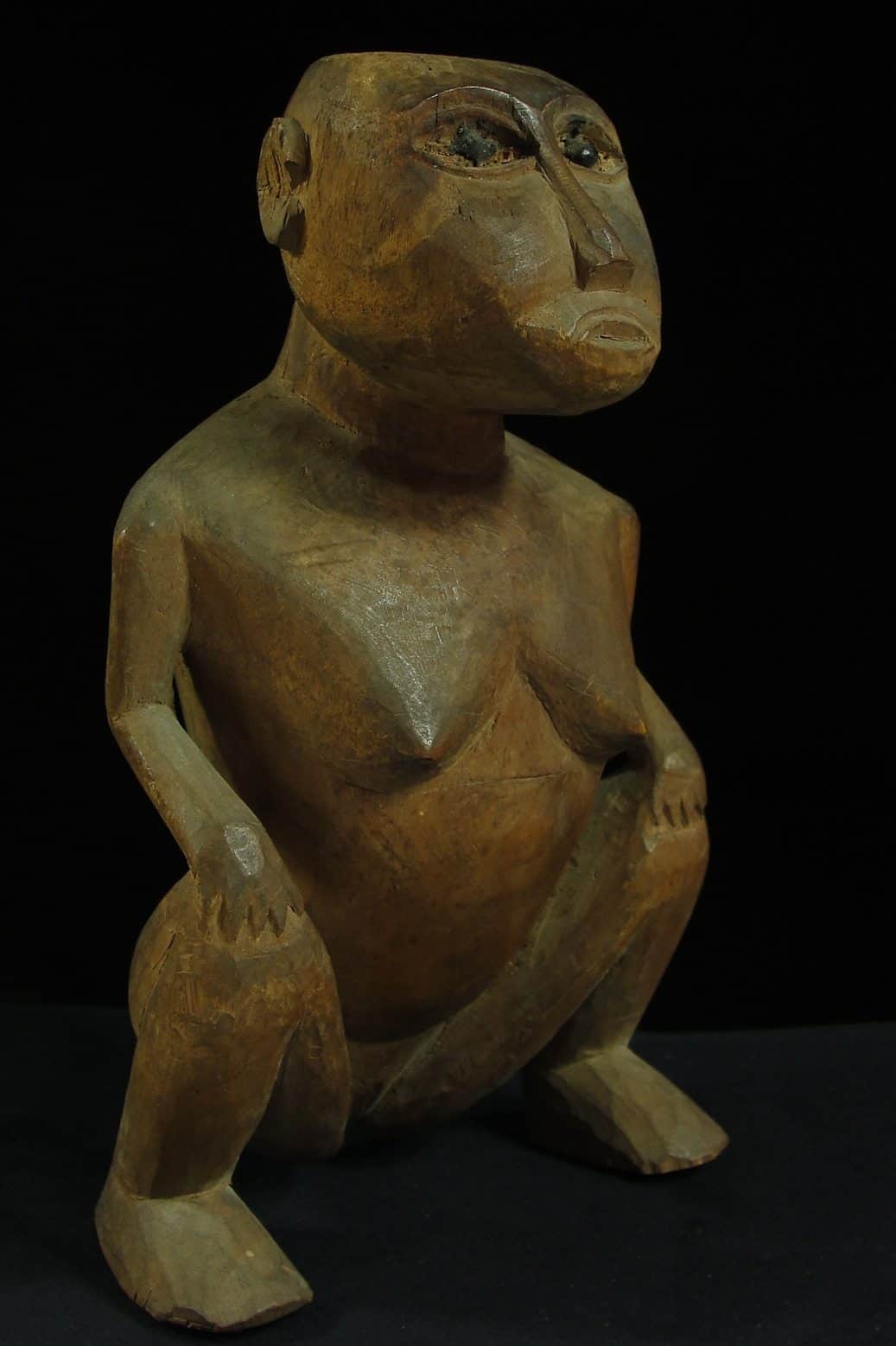 The Micronesian squatting figure is the most common oceanic sculpture from Micronesia. The origin of these figures though is not known.

This style of Micronesian sculptures is not rare and was for sale to tourists in the last 50 years. Some old examples though appear to be the last vestiges of a lost religious tradition. Good older examples are collectible.

The stylized and stunning human figures from Nukuoro are the most sort after Micronesian sculptures. Authentic examples collected before 1885 when the Islanders became Christian.

Nukuoro figures range in size from 30 cm to 217 cm. The figures have an ovoid head tapering at the chin and a columnar neck. Eyes and nose are either discretely shown as slits or not at all. The shoulders slope downwards and the chest is a simple line. Some female figures have rudimentary breasts.. The buttocks are always flattened and set on a flexed pair of legs.

Nukuoro figures had specific names and traditionally kept by a “priest” in a specific temple. The Nukuoro figure was a deity and played part in an important annual religious ceremony. 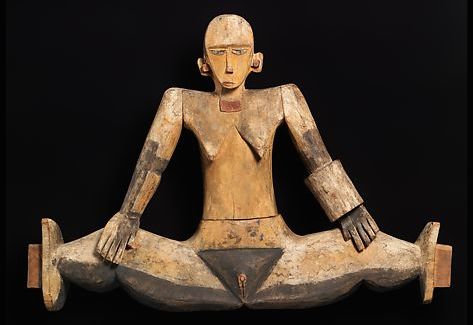 Palau men’s houses used to be impressive structures with high pitched roofs and large triangular gables. The entrance to such a man’s house had a carved naked spread legged female figure.

The female figures depict a legendary woman named Dilukai. Dilukia was excessively promiscuity which caused her angry father to tie her in an exposed position. These carved figures warned village women to be more chaste

The Ocean plays a central role in the lives of Micronesians, for fishing, inter-island travel, and, warfare. Sailing canoes across the ocean for trade networks and making inter-island political alliances.

Micronesian navigation charts were not a map. The charts were never carried out to sea, these charts acted as a memory device to help navigators memorize information. The navigators apprentice would make the stick chart onshore and commit it to memory. Later in the middle of the ocean out of sight of land the apprentice would have to know his position from the swell patterns

Unlike European maps the navigation chart illustrated the swell shapes and island positions. Micronesian Navigation charts made of wooden sticks or palm frond rib bush string and shell. The horizontal and vertical sticks acted as supports, while diagonal and curved ones represent wave swells. Cowrie or other small shells represent the position of the islands.

There are three types of Micronesian navigation Chart. 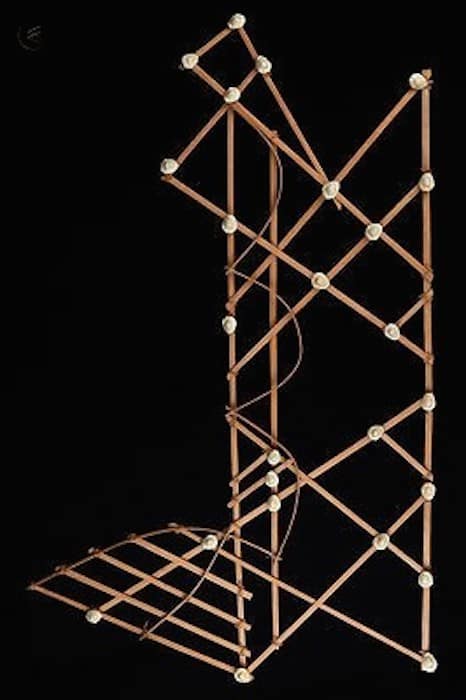 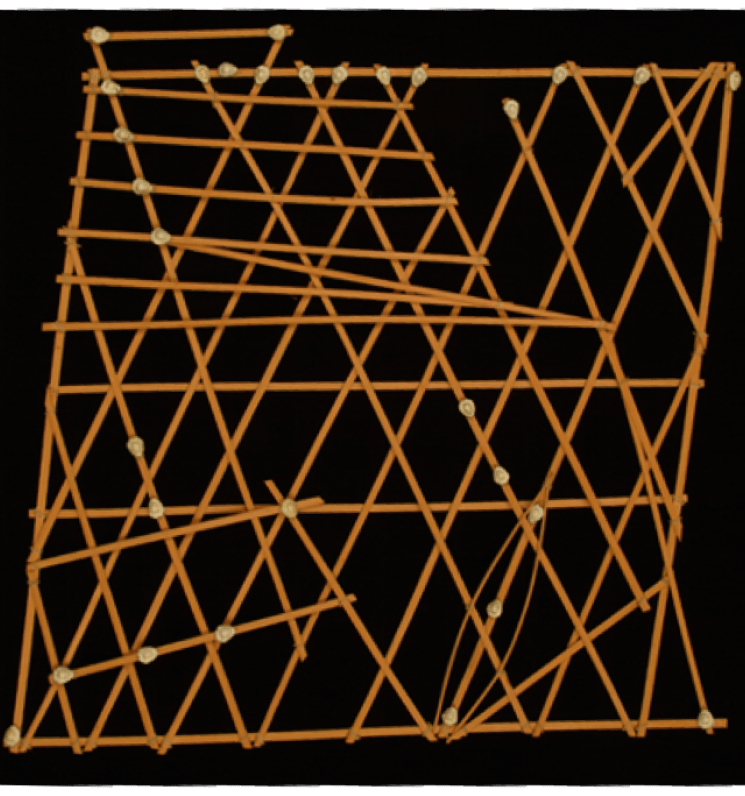 A Rebbelib is a Micronesian navigation chart that covers a large section or all the Marshall Islands. Used by navigators to memorize the positions of islands in relation to each other and in relation to dominant swell directions. 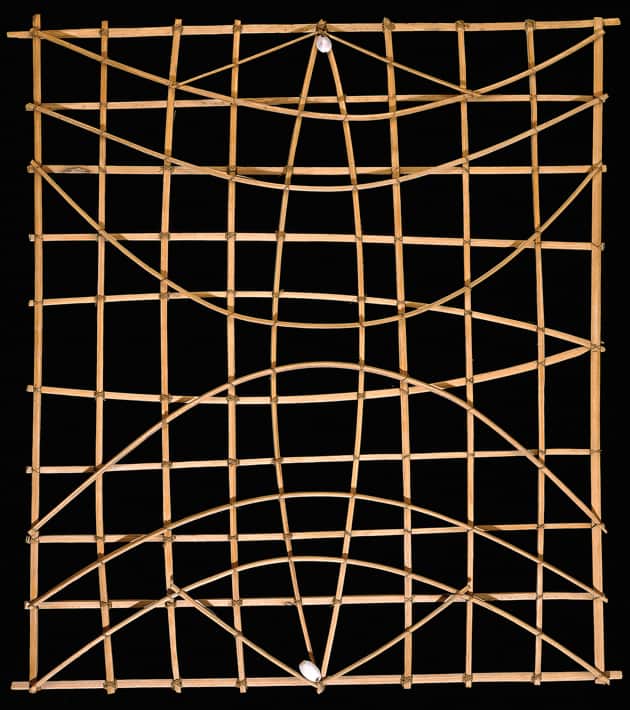 A Medo Micronesian chart made to memorize islands and wave patterns for a specific journey. It usually only has two or three islands 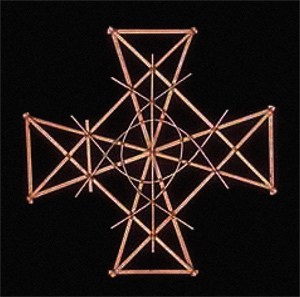 A Mattang Micronesian navigation chart was specifically made for training navigators. Such charts depict information about swell movements around a particular island. 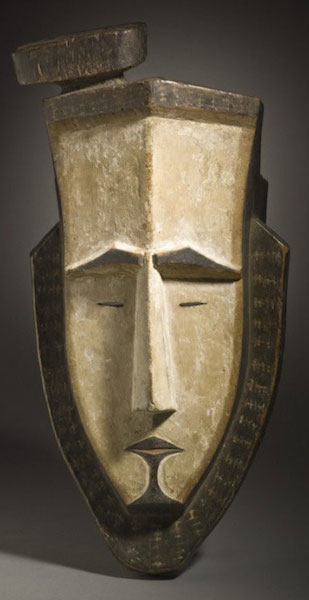 Micronesian masks are very rare only found in the Mortlock islands (Caroline Islands). Made of breadfruit wood painted white using lime and black using soot. The masks had narrow eye-slits and a plaited coconut fiber cord for securing it to the wearer’s head. Often mistaken as New Guinea masks these masks are collectible. 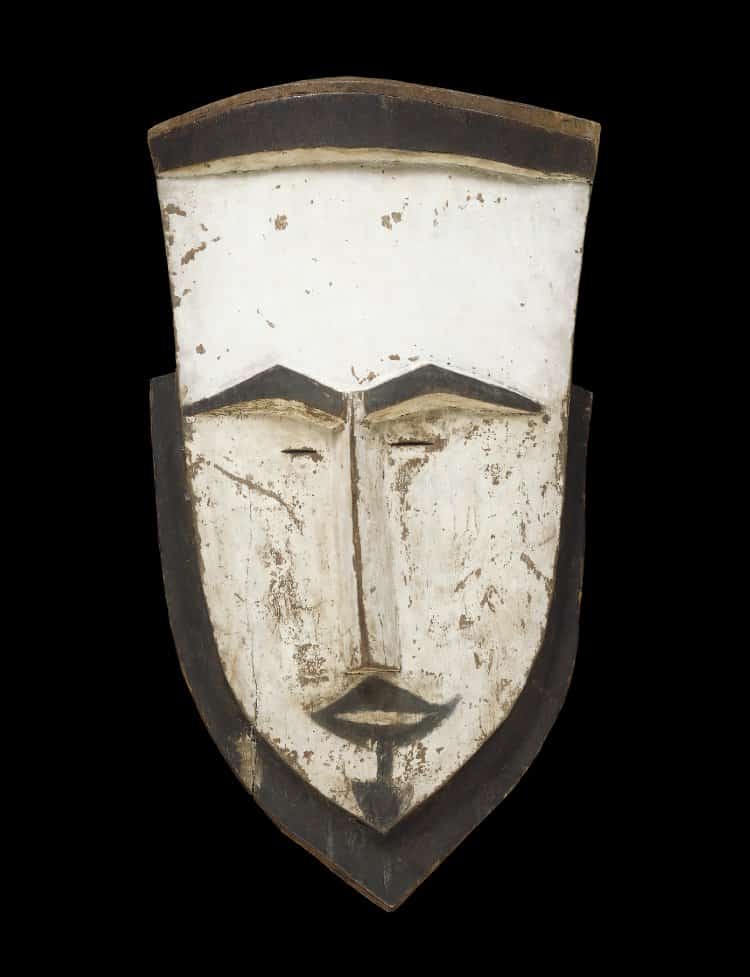 Micronesian weapons are wood, edged with shark teeth. They sometimes also used sections of whalebone and are very collectible.

On Kiribati they had armor to protect themselves from the dangerous shark’s teeth edged swords. Armour made up of a set of overalls and sleeves made from coconut fiber, with a coconut fiber cuirass worn over the top. The distinctive cuirasses have high backboards to protect from attack from behind. They were often worn with thick belts made from woven coconut fiber or dried ray skin to protect the vital organs. The cuirasses are usually decorated, either with human hair, feathers, or shells. 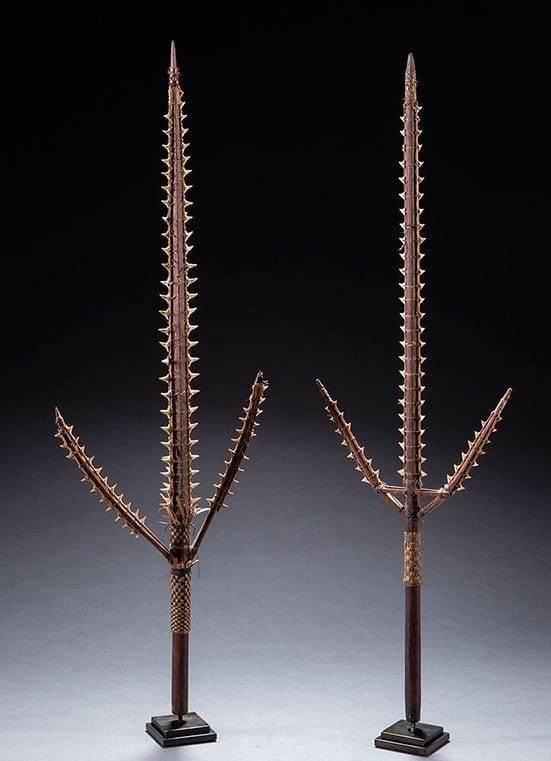 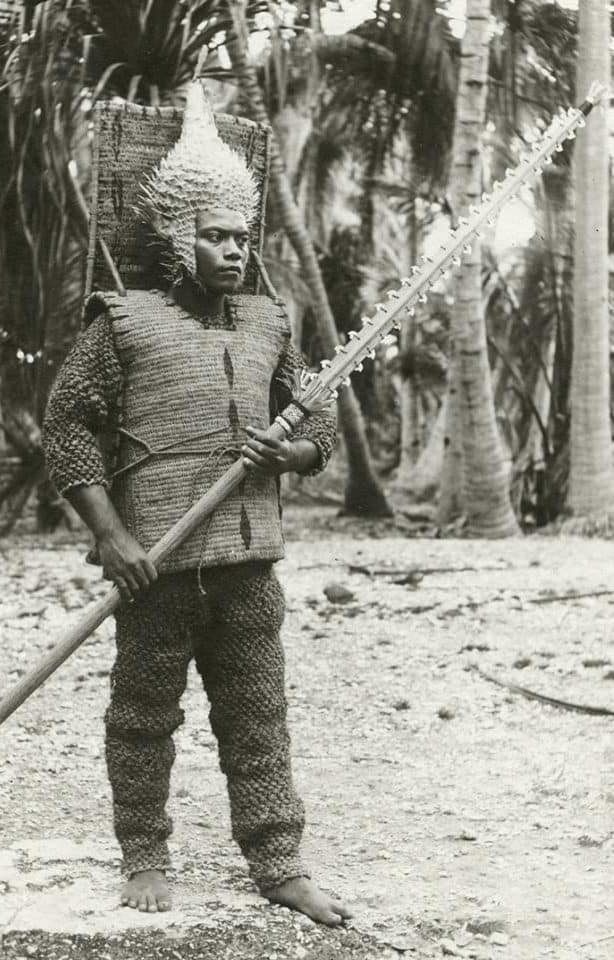 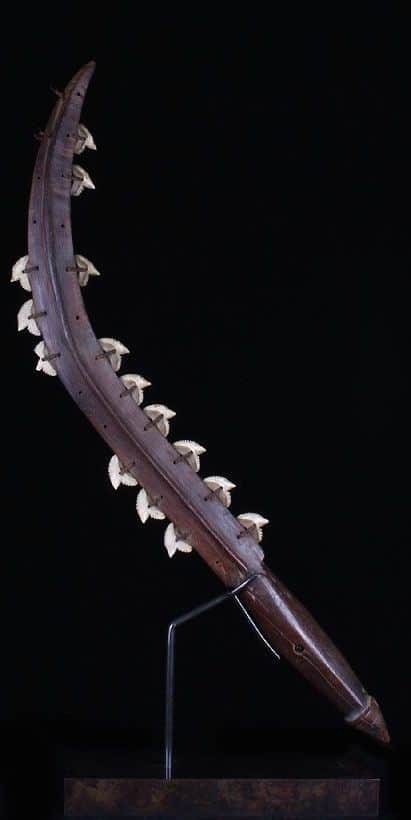 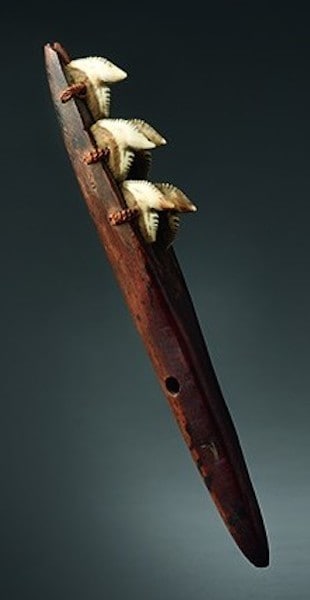 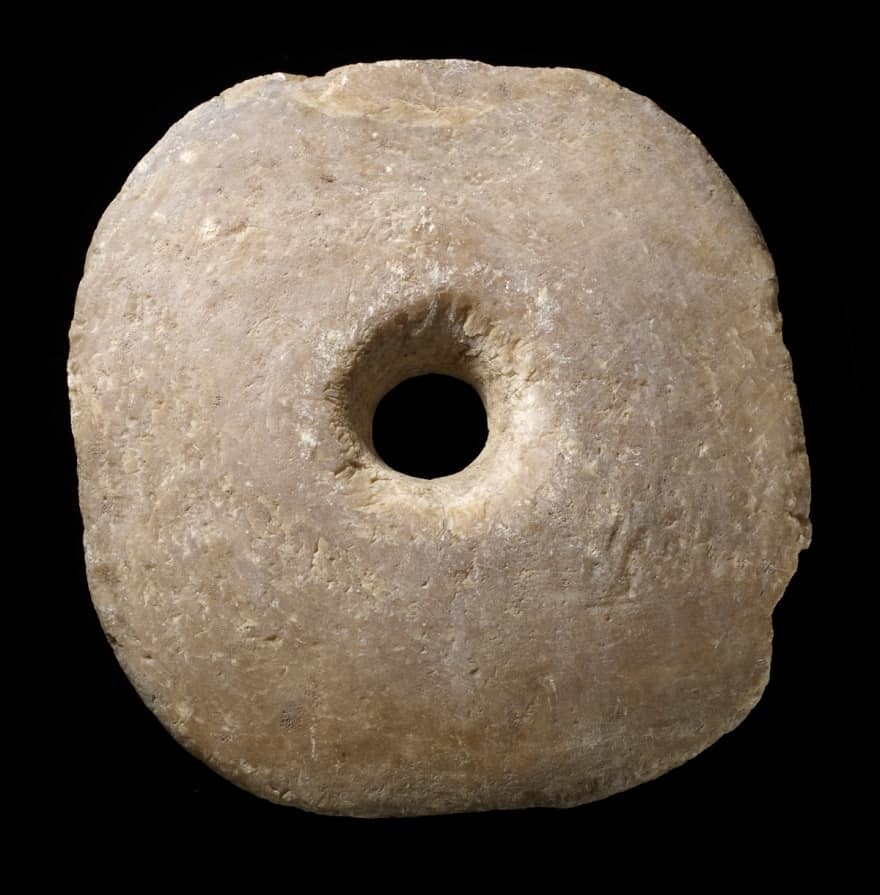 Yap has a strange form of giant stone money. Sometimes taller than the height of a man, this money is the largest and, many say, the most unusual form of money in the world.  It consists of stone wheels of crystallized calcite shaped like millstones. 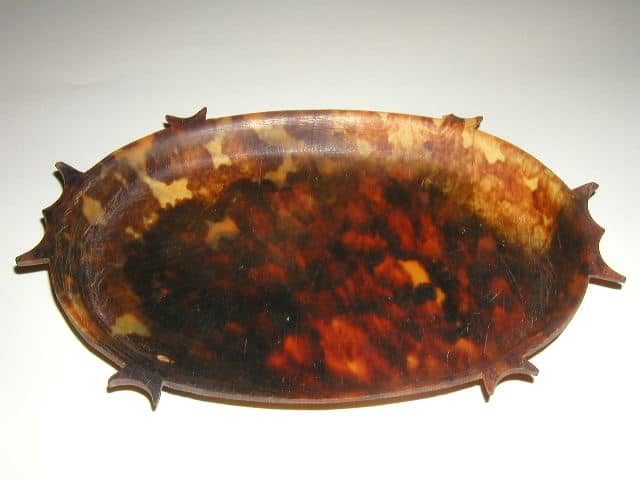 On the island of Belau, turtle shell “money,” known as toluk, exchanged between women to mark significant moments in their lives

Made from the shell of sea turtles, these shallow, oval-shaped bowls were in the distant past used as serving vessels. They evolved into ceremonial objects that function as a form of currency

Micronesia had some of the most refined jewelry in the Pacific. Worn by leaders these adornments are a symbol of wealth and power. 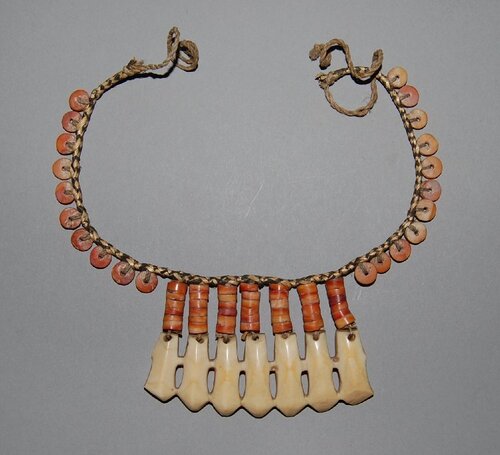 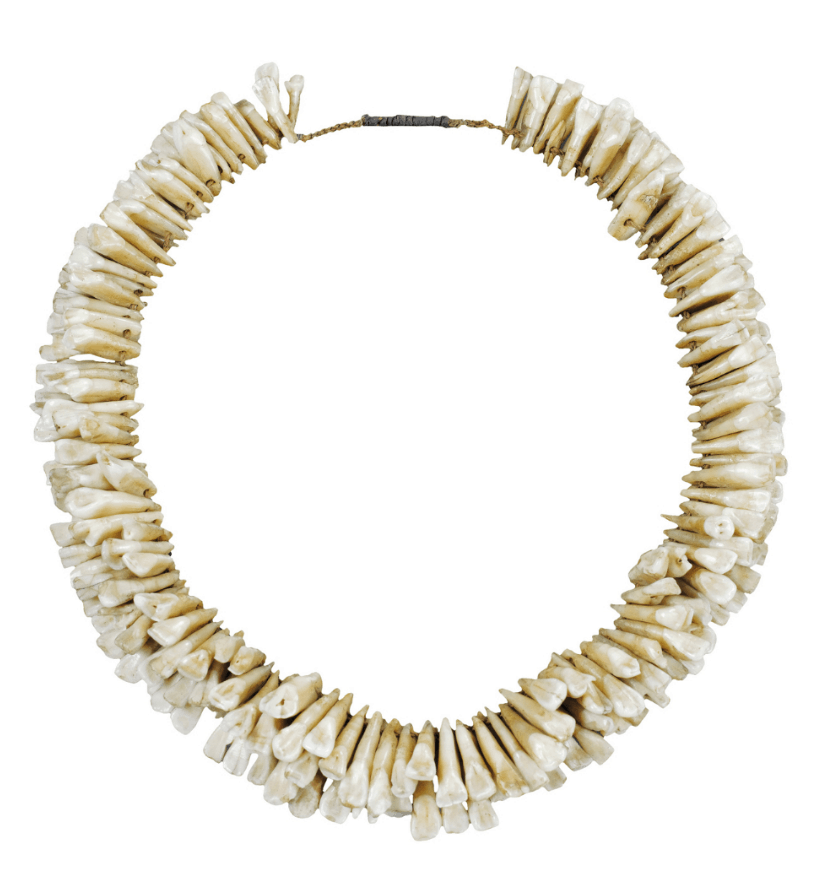 The traditional bowls of Micronesia can also be collectible oceanic art forms.

This article just covers some examples, so I hope you can appreciate the vast variety of Micronesian art.  The art from this region is scarce but what example their as show a high degree of workmanship.  The aesthetic is often minimalistic but this is what makes it great.

Valuation
email me
Gallery
Home
Articles
Please take the time and make the effort to share this article on social media. By clicking any of the share buttons below you create a link from your social site to this article. Links are what google uses to calculate what information on the web is useful. By sharing this article you are letting google know you found my article / images of some value. Thanks!
← Biography Yup'ik masks: Native Alaskan surrealists →