This article looks at the various different types of Papua New Guinea Headrests. It has lots of images to help readers identify where a New Guinea headrest comes from and what it is worth. Some New Guinea headrests are quite beautiful in their own right and are a collectible form of tribal art.

I buy tribal headrests from New Guinea and Pacific Art so if you have one to sell I would love to see it. If you want to know what your New Guinea headrest is worth please feel free to send me a Jpeg. I will give you my opinion 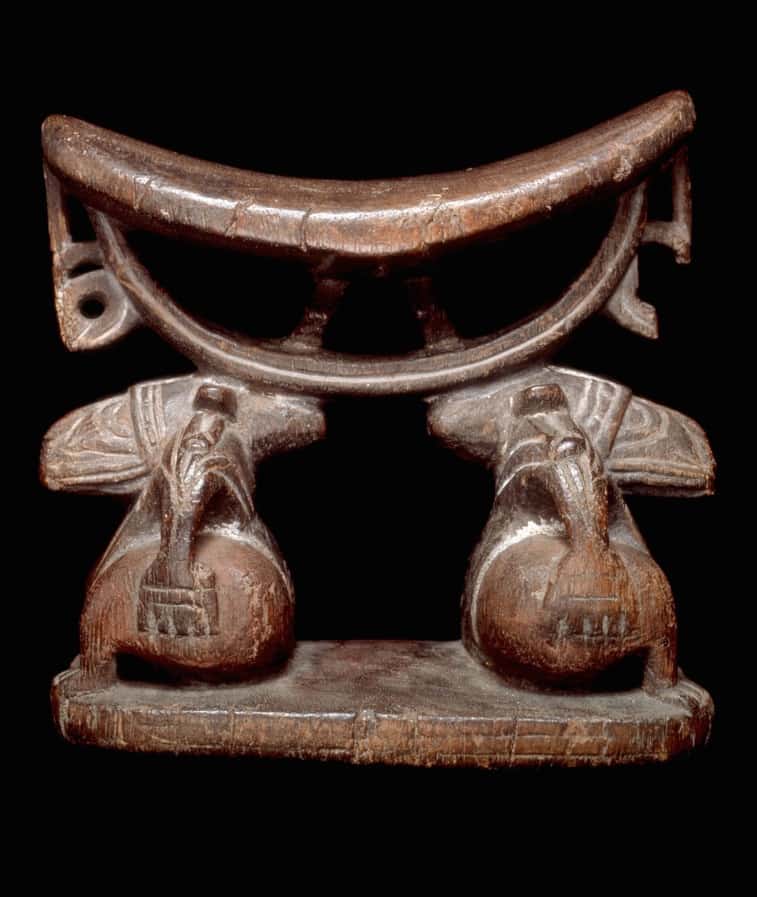 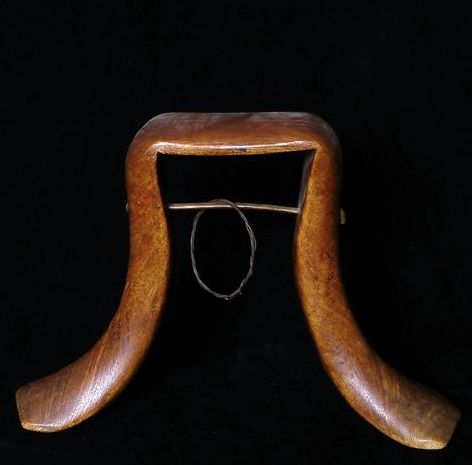 Headrests have been around since before the time of the Pharos and are on almost all continents across the globe. Headrests are from Africa the Middle East, Ancient China and right through the Pacific islands. It is not possible to cover all tribal headrests from all cultures or even the variations within a single culture. This article aims to give the reader some idea of the scope of headrests found in the Pacific.

Tribal headrests vary widely in their function as well as design. Some were to keep elaborate and ochred hair does in pristine condition. Other were to protect the Mana or life energy. Some were skulls used to communicate with ancestors while dreaming and others covered in protective totems. 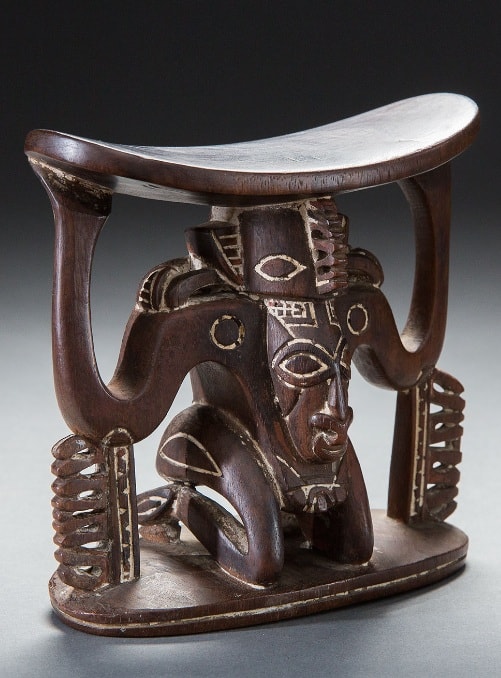 Headrests from the Huon Gulf also tend to have figures. The figures tend to be Cubistic. 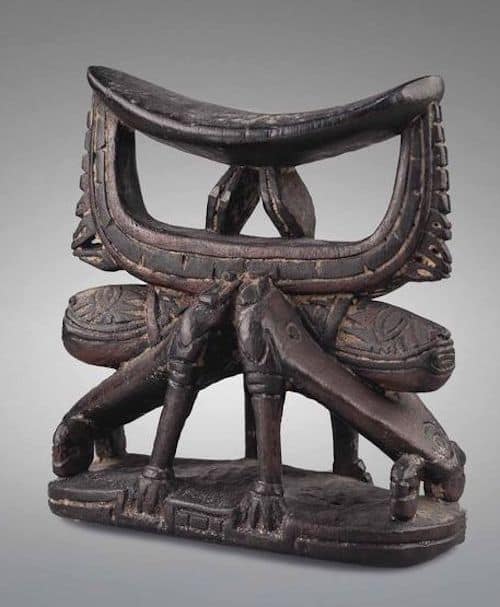 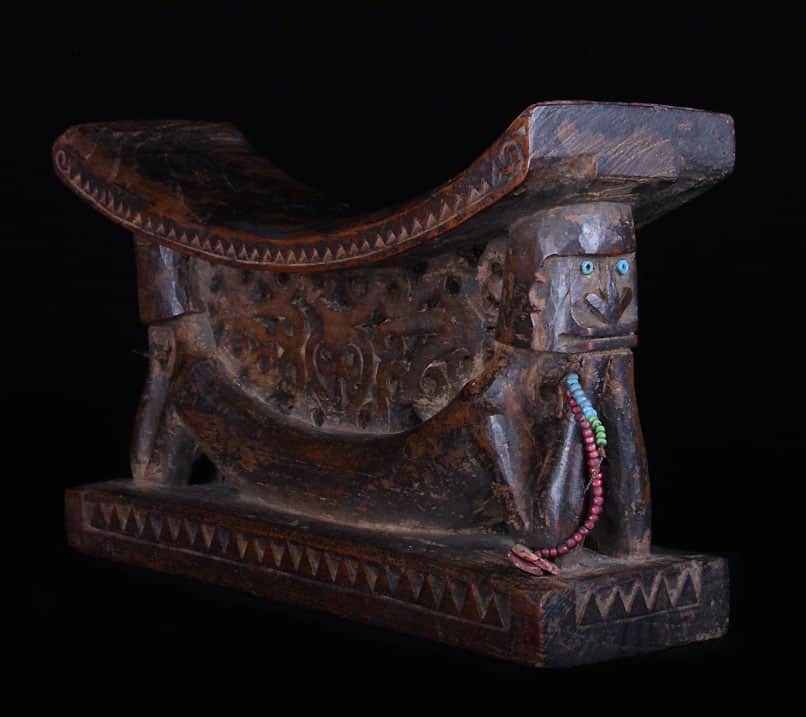 These headrests come from Western New Guinea or Irian Jaya. They often have figures at both end and floral designs in the middle.

The majority of headrests from new guinea come from the Sepik. 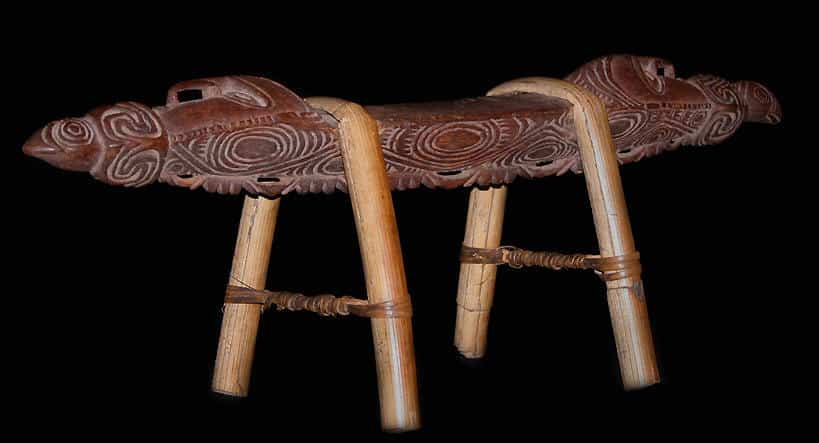 These headrests are very rare and come from Papua New Guinea near Lae. Most often they are made from a natural piece of timber forming the headrest with a face on one end.

They are the most sort after and collectible headrest from Papua New Guinea.

Headrests from Collingwood Bay have the central portion carved with chevron patterns. They are very distinctive 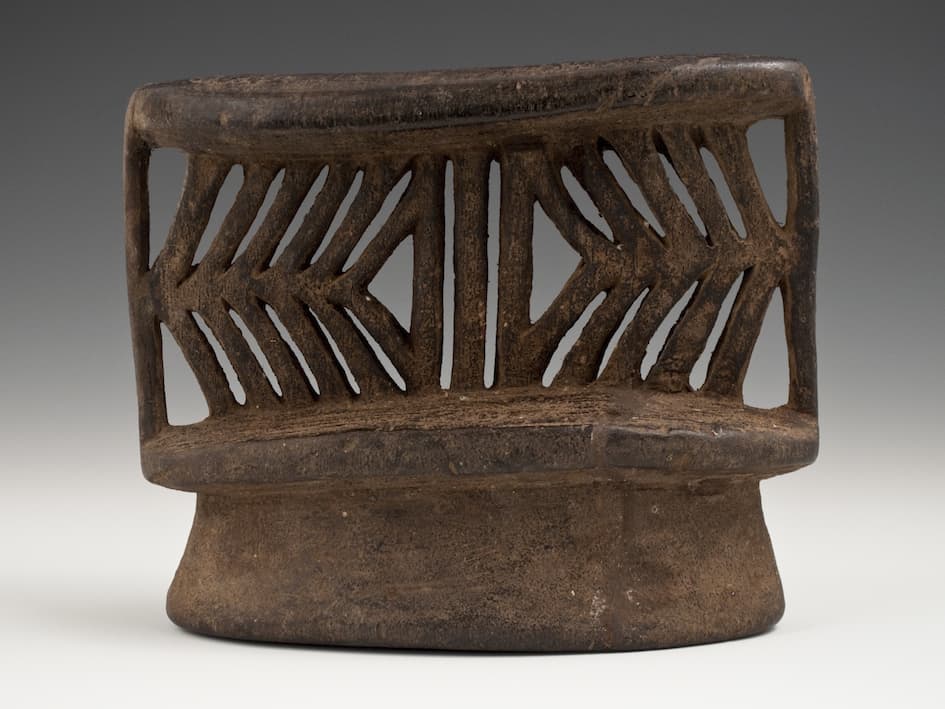 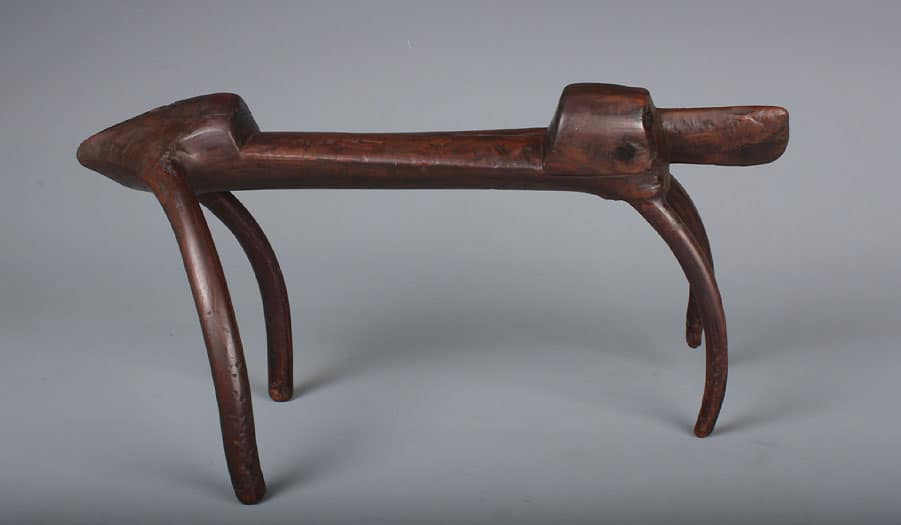 Tribal headrests from the Highlands of Papua New Guinea tend to be minimally carved and functional. 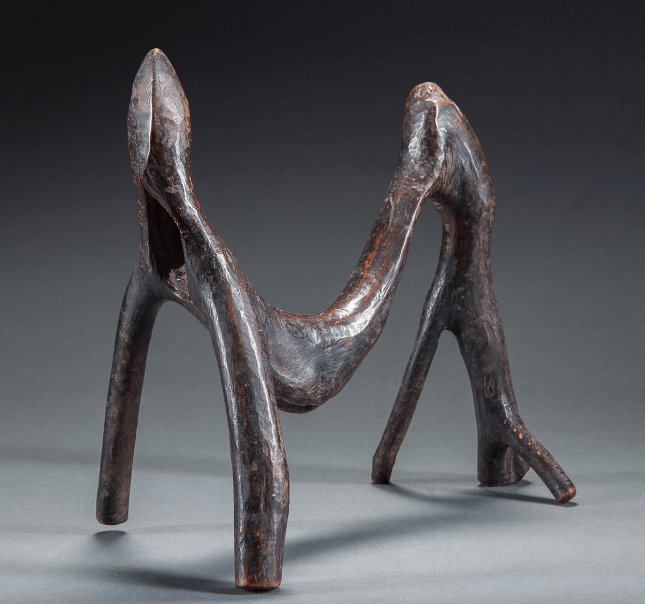 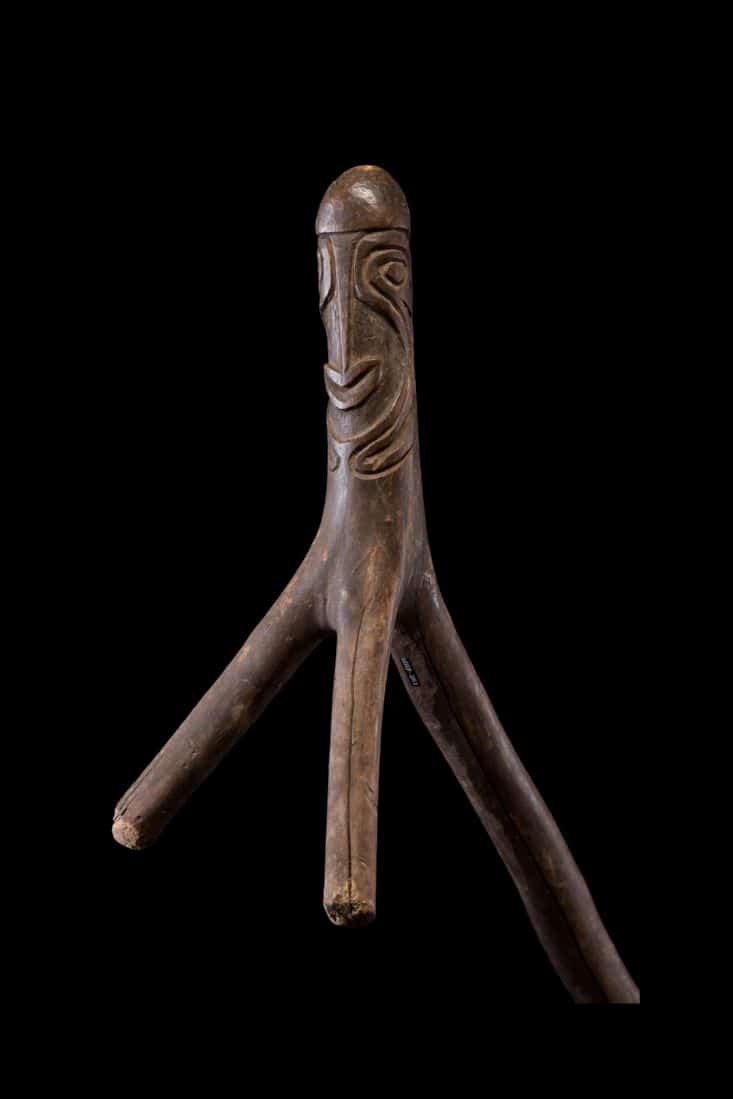 Headrests from the Papuan Gulf are rare. They are often anthropomorphic and very collectible. 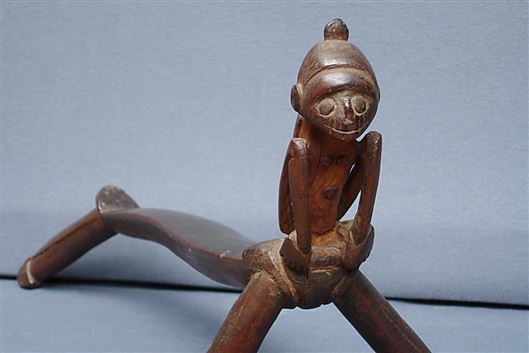 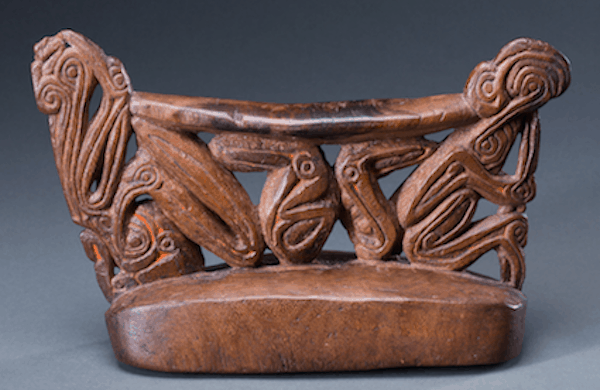 I hope you can appreciate the vast variety of New Guinea headrests.  As Art, they can be extremely expressive and come in a vast variety of sizes forms and shapes. There are many more varieties of Headrest or neck rests than can be shown in any one article. if you want to know more about headrests I can recommend reading Oceanic Headrests by Meyer. 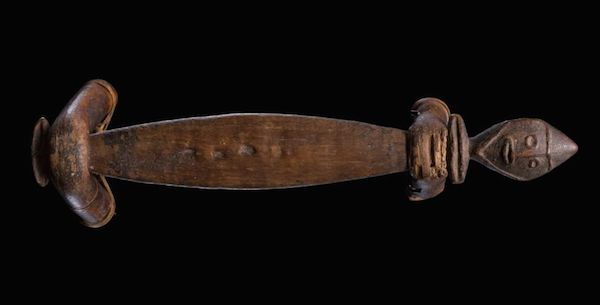 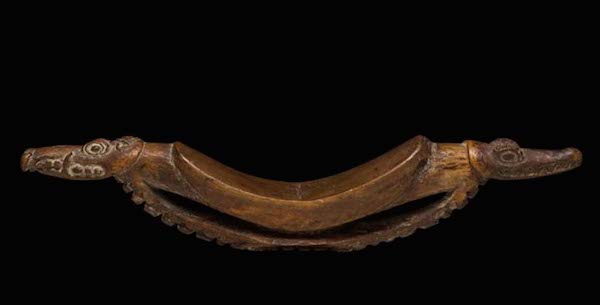 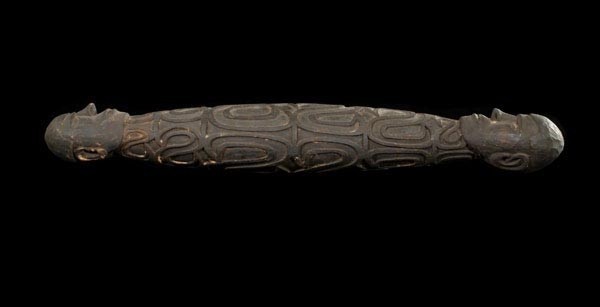 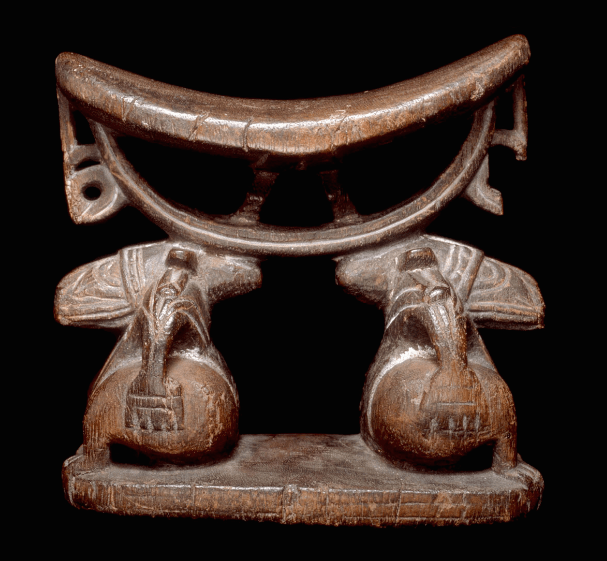 If this post has been informative please take the time and make the effort to share it on social media. By clicking any of the share buttons below you create a link from your social site to this article. Links are what google uses to calculate what information on the web is useful. By sharing this article you are letting google know you found my article / images of some value. Thanks!
Gallery
Home
Articles
← Solomon Island Artifacts Tribal Drums →