All the traditional arts from Polynesia Micronesia and Melanesia together form South Pacific Art. Melanesia is Papua New Guinea Vanuatu and New Caledonia. Polynesia is all the Pacific Islands like Tonga and Fiji but also include New Zealand and Easter Island. Micronesia is just north of New Guinea.

The scope and varieties of art styles in South Pacific Art is enormous. It reflects the underlying cultural and linguistic diversity of the region. For instance, New Guinea alone has over 700 languages. Each language as different from the others as English is from Russian. Many of these language groups have a distinct history culture and art style.

This article helps to visually show some of the main types of South Pacific art. It aims to help the reader identify which region different Sculpture comes from.

Some authors consider Australian Aboriginal art as South Pacific Art. Aboriginal Art though is different again and diverse enough to be considered in its own right.

South Pacific Art is some of the most valuable and sort after tribal art. 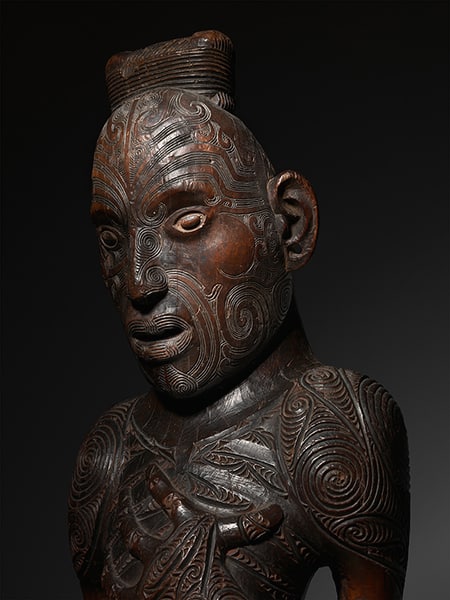 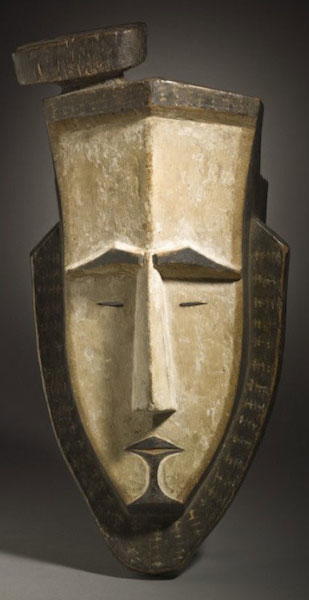 It is not possible to cover the vast amount of material about South Pacific art in a single article. To simplify the matter this article deals with sculptures.

South Pacific Sculpture represented gods, deities or an ancestral hero. They were sometimes made free standing but are also often found as part of an object like the top of a fly whisk. Oceanic art also includes Headrests Shields and Adornments

These along with other artifacts are discussed in other articles.

Most pieces of South Pacific Art have a spiritual side to them. Motifs and figures were carved on objects to make them more powerful.

South Pacific Art can vary in size from very small charms made to hide on your person to monumental stone monoliths.

The following is a visual guide to a few types of South Pacific Art but due to the huge variety throughout the Pacific, it is far from inclusive. It is probably better to think of this article as a brief introduction to this fascinating group of art forms. If you have a piece of South Pacific Art and want more detailed information about a particular piece please feel free to contact me.

South Pacific art has had a major influence on the development of modern Western art. It strongly influenced the styles of Picasso Matisse and Vlaminck. It influenced many avant-garde painters and sculptors. Many of these artists were keen collectors of South Pacific art others frequented ethnographic museums.

The influence of South Pacific art coincided with changes that were taking place in Western art. Between 1870 and 1907 there was a gradual shift away from a perceptual mode of representation to a conceptual one. The “perceptual’ tradition which had dominated Western art since the Renaissance was coming to an end. This was in a large part due to photography being able to capture reality so effectively. Art was ready to evolve and indigenous art was a major catalyst. Indigenous art could present the essence of a subject and not just the physical appearance of things. 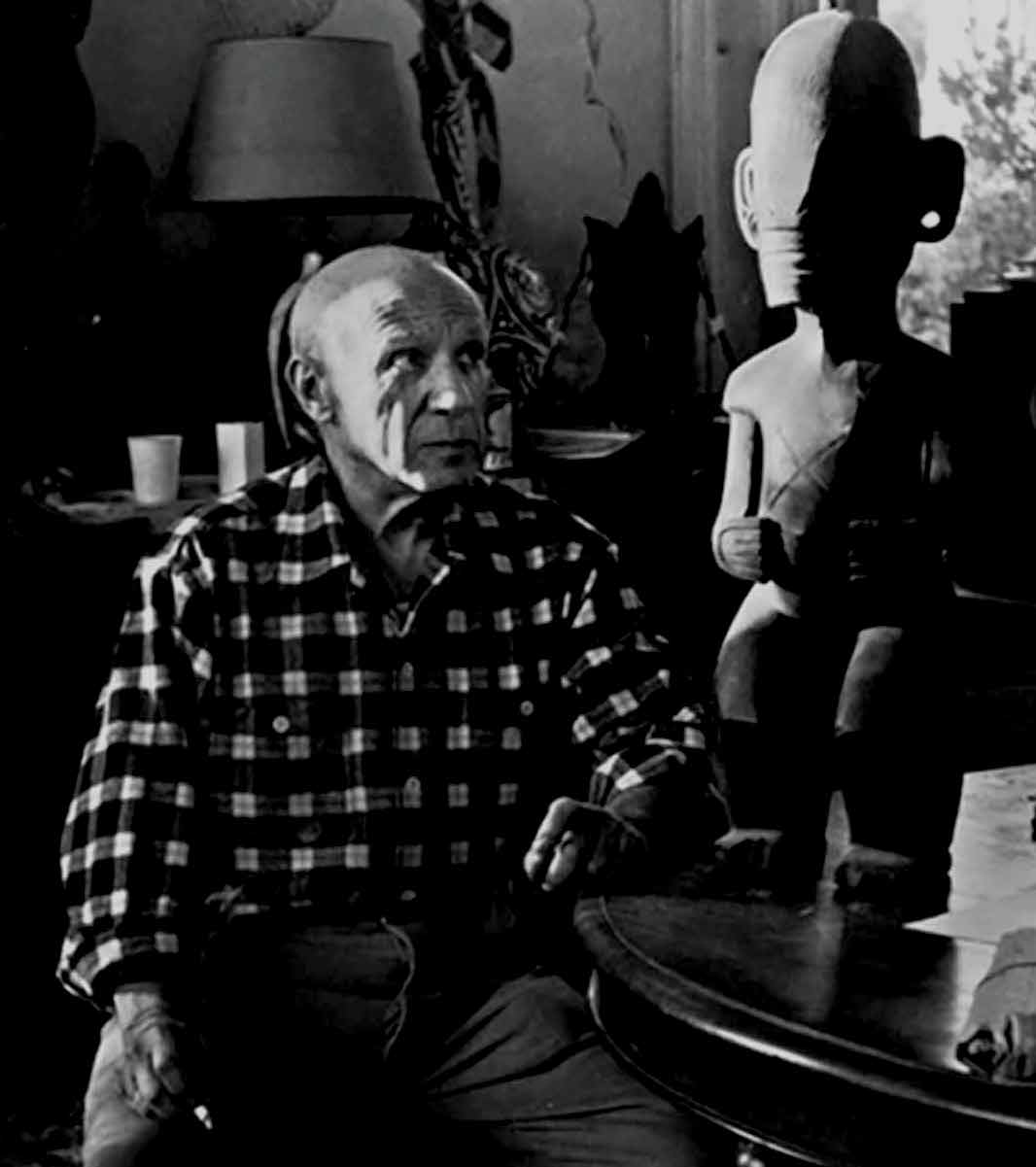 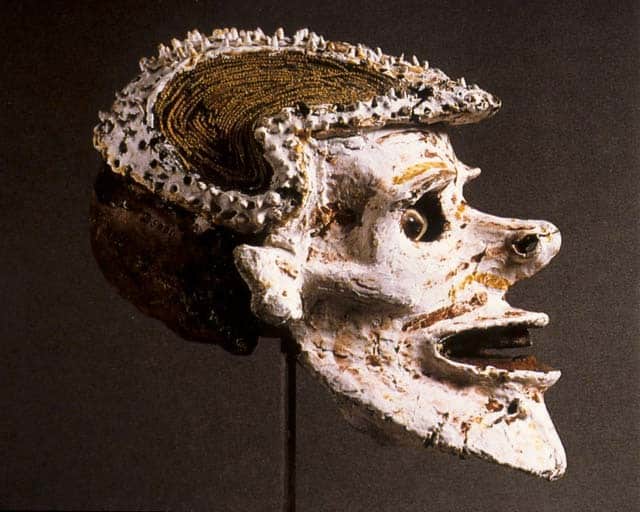 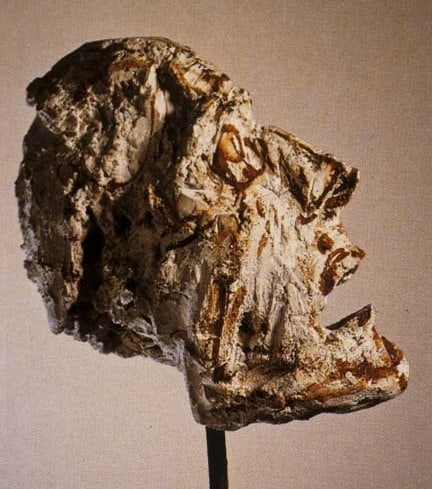 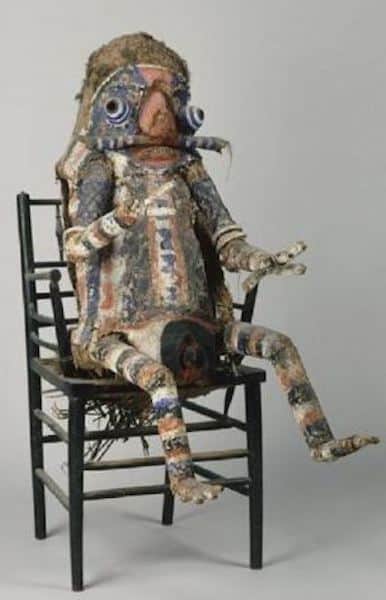 In the first decade of the 20th-century, avant-garde painters and sculptors applied its lessons from Oceanic art. Gauguin, even moved to the Pacific, first to Tahiti and later to the Marquesas. In doing so, he became the first great Western artist to live for a large part of his life outside Europe.

Another, illustrated by Gaugin but also many others including Surrealists such as Max Ernst and Matta, involved incorporating images and motifs of Oceanic origin into their own work. Major avant-garde artists even made adaptations in modern media of individual South Pacific pieces. 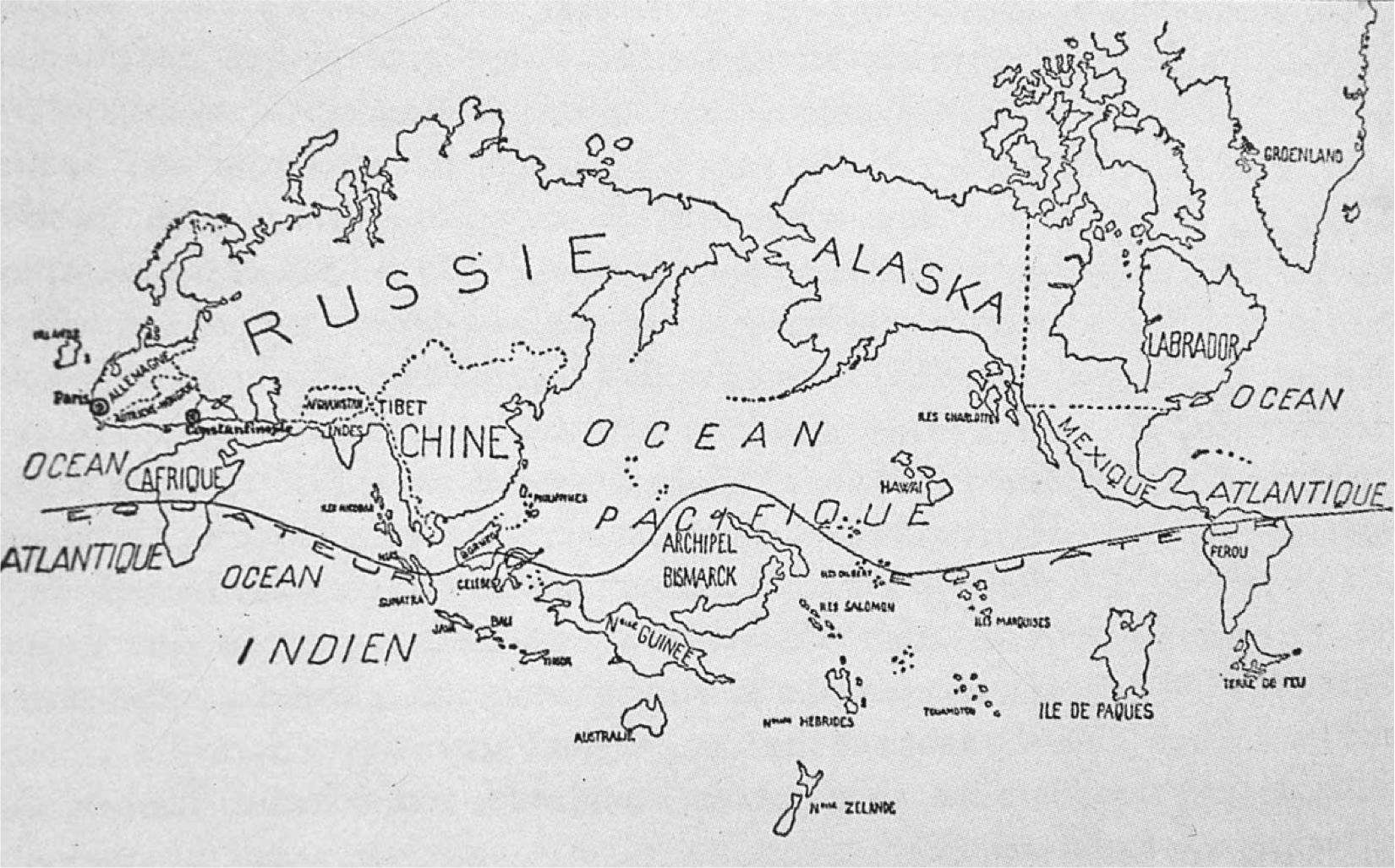 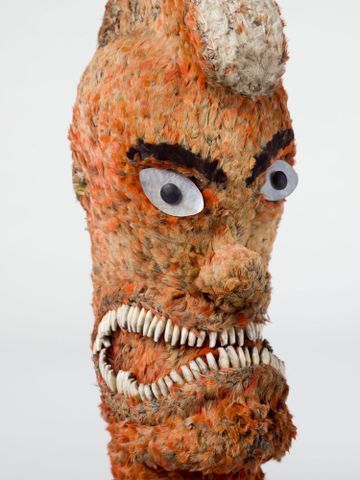 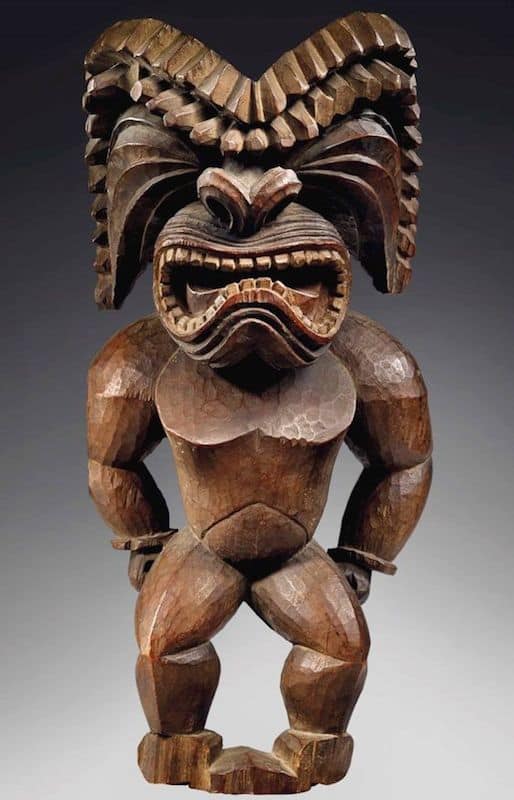 South Pacific Art from the Cook islands was of important Ancestral figures. These ancestors were often the first voyageurs to land on the Cook Islands. These ancestral sculptures were the main focus within the cultural enclosure. 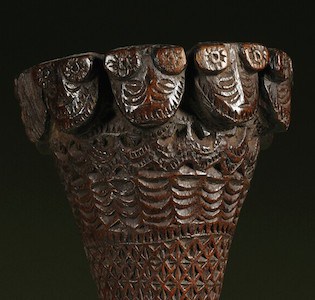 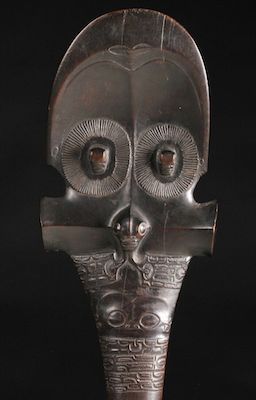 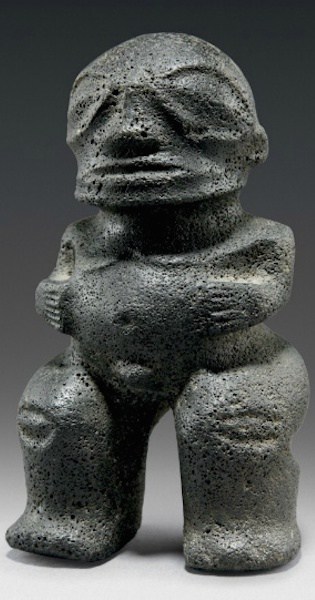 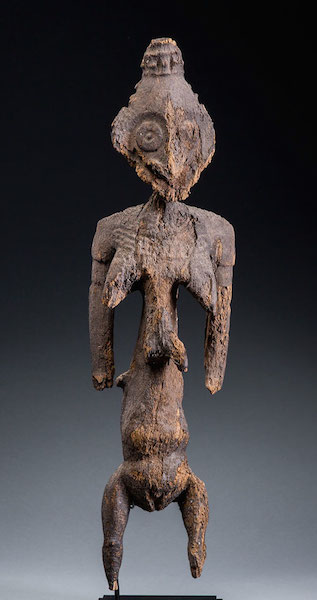 The Sepik River is one of the greatest art producing areas in the world. There is such a variety of Sepik carvings and styles that it has its own article. The area has numerous different styles. 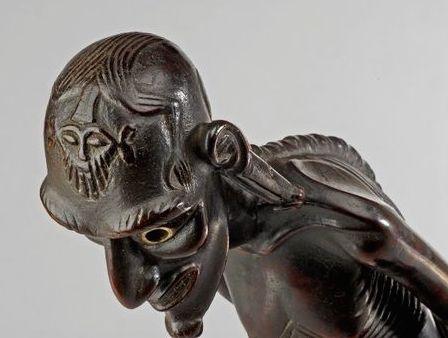 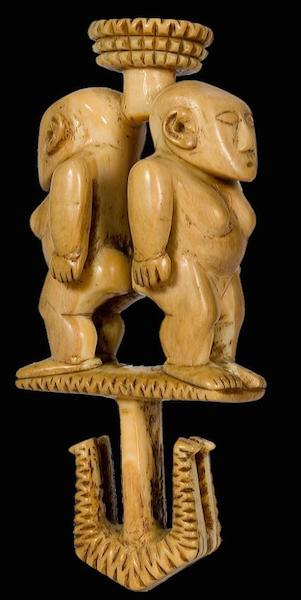 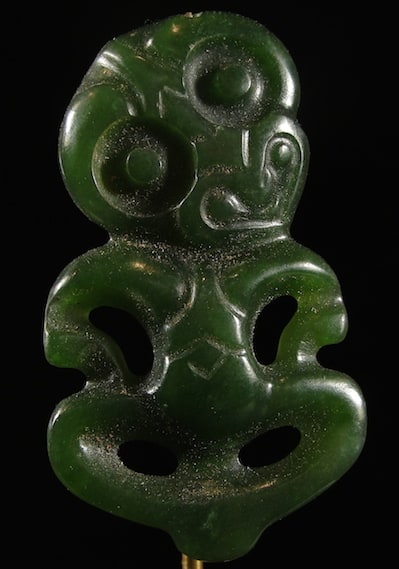 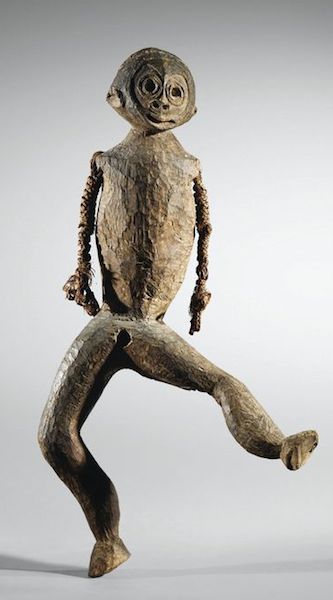 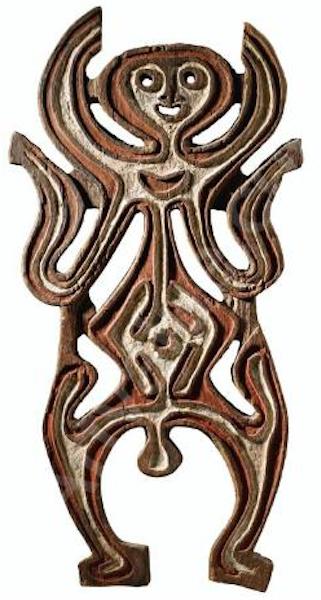 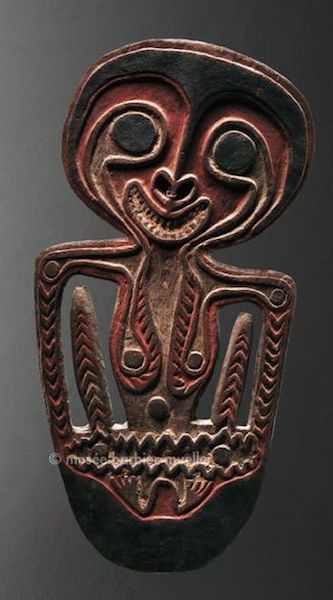 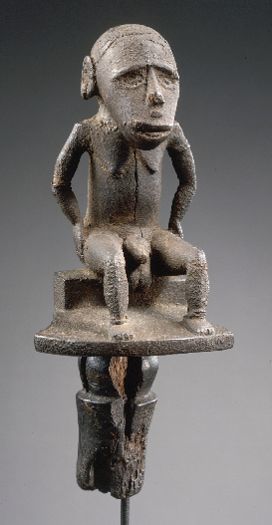 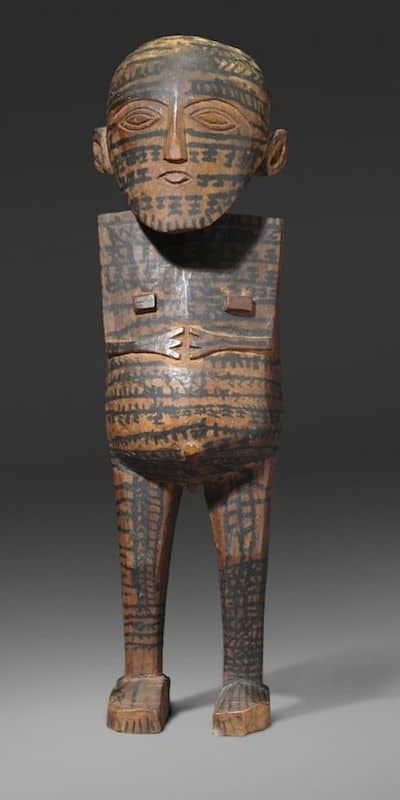 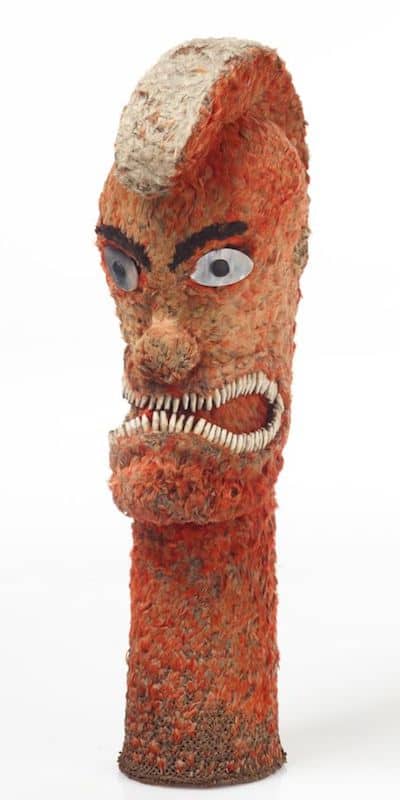 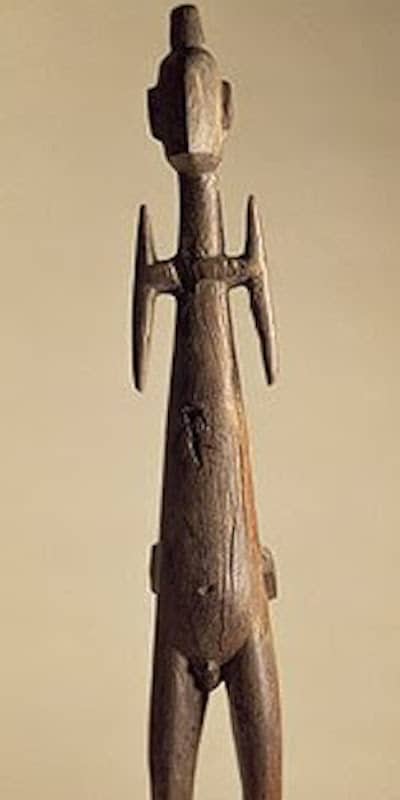 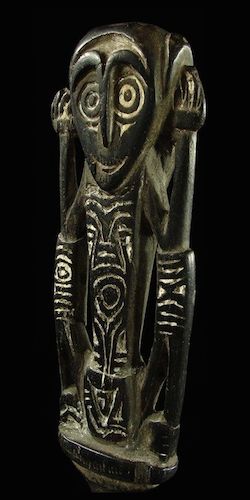 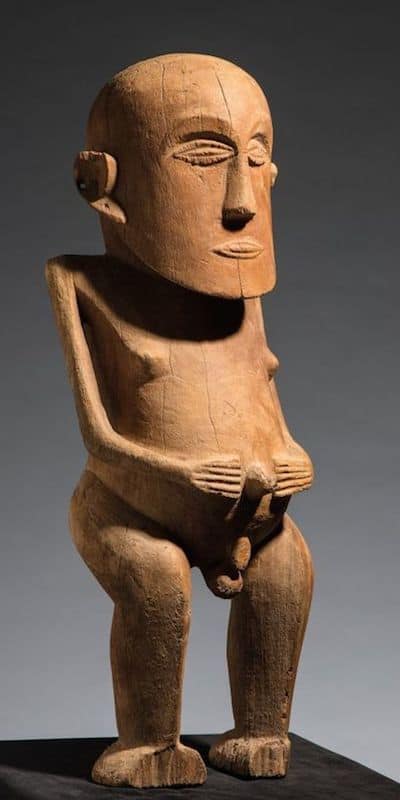 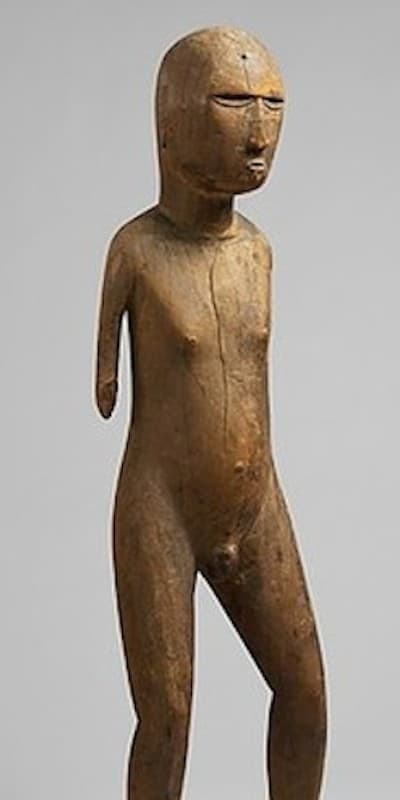 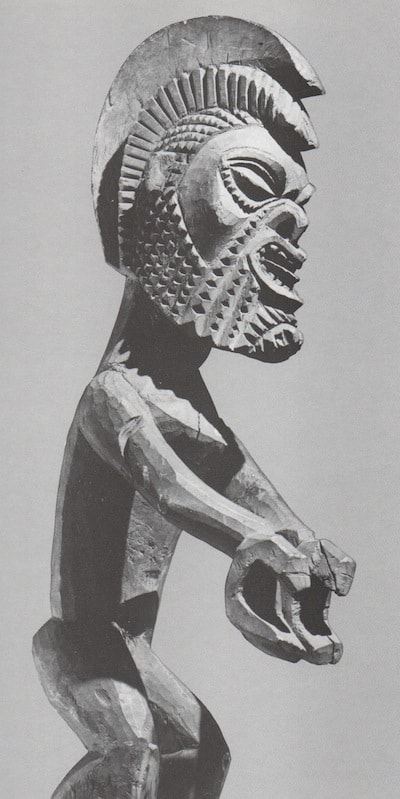 email me
Gallery
Home
Articles
Please take the time and make the effort to share this article on social media. By clicking any of the share buttons below you create a link from your social site to this article. Links are what google uses to calculate what information on the web is useful. By sharing this article you are letting google know you found my article / images of some value. Thanks!
← Pacific Art Primitive Art →